No Result
View All Result

Intermittent Fasting for Weight Loss – Work or Just Another Scam?

Finding yourself confused by the seemingly endless promotion of weight-loss strategies and diet plans? In this series, we take a look at some popular diets—and review the research behind them.

Intermittent fasting is a diet regimen that cycles between brief periods of fasting, with either no food or significant calorie reduction and periods of unrestricted eating. It is promoted to change body composition through loss of fat mass and weight and to improve markers of health that are associated with diseases such as blood pressure and cholesterol levels.

Its roots derive from traditional fasting, a universal ritual used for health or spiritual benefit as described in early texts by Socrates, Plato, and religious groups. [1] Fasting typically entails a steady abstinence of food and beverages, ranging from 12 hours to one month. It may require complete abstinence, or allow a reduced amount of food and beverages.

The most common methods are fasting on alternate days, for whole days with a specific frequency per week, or during a set time frame.

Alternate-day fasting—Alternating between days of no food restriction with days that consist of one meal that provides about 25% of daily calorie needs. Example: Mon-Wed-Fri consists of fasting, while alternate days have no food restrictions.

Time-restricted feeding—Following a meal plan each day with a designated time frame for fasting. Example: Meals are eaten from 8 am-3 pm, with fasting during the remaining hours of the day.

The Research So Far

Physiologically, calorie restriction has been shown in animals to increase lifespan and improve tolerance to various metabolic stresses in the body. [4] Although the evidence for caloric restriction in animal studies is strong, there is less convincing evidence in human studies.

Proponents of the diet believe that the stress of intermittent fasting causes an immune response that repairs cells and produces positive metabolic changes (reduction in triglycerides, LDL cholesterol, blood pressure, weight, fat mass, blood glucose). [3,5] An understandable concern of this diet is that followers will overeat on non-fasting days to compensate for calories lost during fasting. However, studies have not shown this to be true when compared with other weight loss methods.

This type of dietary pattern would be difficult for someone who eats every few hours (e.g., snacks between meals, grazes). It would also not be appropriate for those with conditions that require food at regular intervals due to metabolic changes caused by their medications, such as with diabetes.

Prolonged periods of food deprivation or semi-starvation places one at risk for overeating when food is reintroduced and may foster unhealthy behaviors such as an increased fixation on food.

Although certain benefits of caloric restriction have been demonstrated in animal studies, similar benefits of intermittent fasting in humans have not been observed.

It is unclear that intermittent fasting is superior to other weight loss methods in regard to the amount of weight loss, biological changes, compliance rates, and decreased appetite. Certain people who typically eat one or two meals a day or do not eat for long periods may show better compliance with this type of regimen.

Although certain benefits of caloric restriction have been demonstrated in animal studies, similar benefits of intermittent fasting in humans have not been observed.

We collect information from many stores for best price available

Metabolic Cooking Review – Does It Work?

90%
Although certain benefits of caloric restriction have been demonstrated in animal studies, similar benefits of intermittent fasting in humans have not been observed. 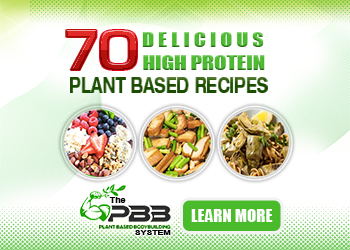 All things being equal, would it be fitting Red Tea Detox $37.00

If you are tired of taking the weight loss products, but $17.00

Honestly, I’ve read every juice and smoothie book out there and $19.00
No Result
View All Result

This Website Is For Sale – For Details Please Call 360 256-1117 or email thewaymarketing88@gmail.com

Your email is private with us and will never be shared.